Sunday can best be described as a whole lot of action without all that much chasing.

We woke up at our super 8 in Guymon, OK and decided our best option was to hang in the area until something fired in the vicinity.  We went ahead and booked our room for the next night.

We periodically checked radar and mesoanalysis through the morning into the afternoon.  Several cells fired to our northwest across eastern Colorado, one of which quickly became tornado warned up near Lamar.  We weren't all that thrilled with chasing this because it was a mess on radar and looked to be lining out.

A cell eventually fired along the far southern edge of this line in the far southeastern corner of Colorado. Since this cell wasn't impeded by anything to its south, we decided to dart north into southwest Kansas to catch a quick glimpse.

As we got into position, another tiny cell began popping just ahead of it which we could visibly see just to our west.  We decided to pull off and watch as it grew and eventually got absorbed into the line.

At this same time, a few cells began firing behind us (to our southeast).  It was amazing how quickly these were climbing.  They were clearly organizing on radar so we decided to bail off the line and go check them out.

As we dropped south and eventually east  towards liberal, velocity scans indicated 2 separate areas of rotation...one of which was quite strong.  This really grabbed our attention and it wasn't long until the stronger area became tornado warned. 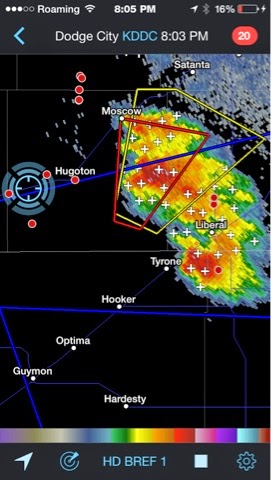 As we passed through Hugoton, we had to make a decision regarding which cell to pursue.  The northern cell lost its tornado warning with both now severe warned.  We could see the bases of each so we decided to keep tracking east keeping an eye on both. 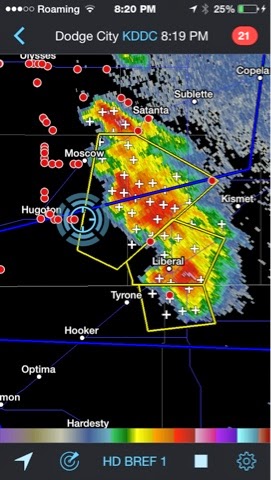 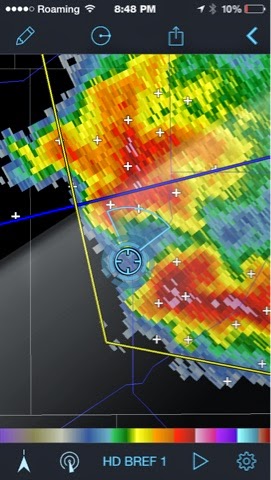 At different times, each cell showed signs of becoming the dominant cell making our best positioning move a tough one... a great predicament to have.  The couplet on the southern cell eventually tightened up so we dropped south to just north of liberal to grab a better look.  As we re-positioned, we saw a skinny rope tornado drop for about 10-15 seconds.  Unfortunately, our gopro on the dashboard of the truck didn't quite pick it up.  Jeff Frame (@VORTEXJeff) got a quick picture of it below...the skinny rope down in the center. 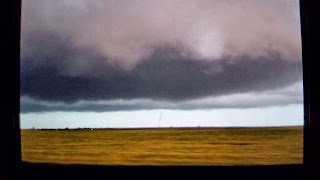 The cell had a ground scraping wall cloud here and an amazing mammatus field... By far the best I've seen.  Unfortunately, the sun was now setting and we weren't thrilled with the idea of chasing a tornadic supercell into the night.  We pulled over and watched lightning light up our cell as it dashed away.  It was soon after that reports and pictures of a large wedge tornado with it started coming in.  It certainly would have been nice to have a few more hours of daylight but that's just how things are sometimes.

We only had a 45 minute drive back to our hotel in Guymon making this by far our shortest mileage trip of the chase.  That on top of everything we saw, we certainly consider it a success.

Below are some pictures taken by Alex over the course of the evening: 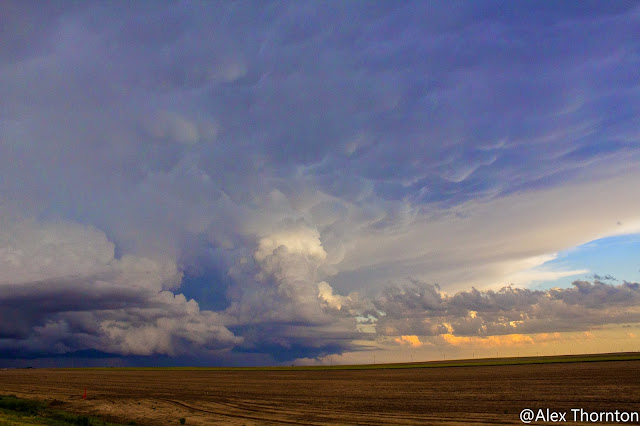 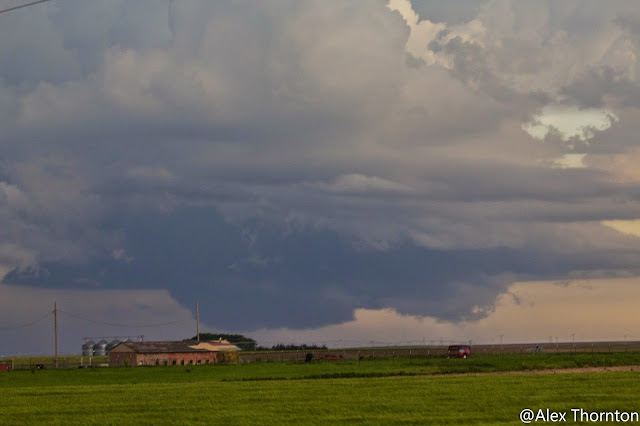 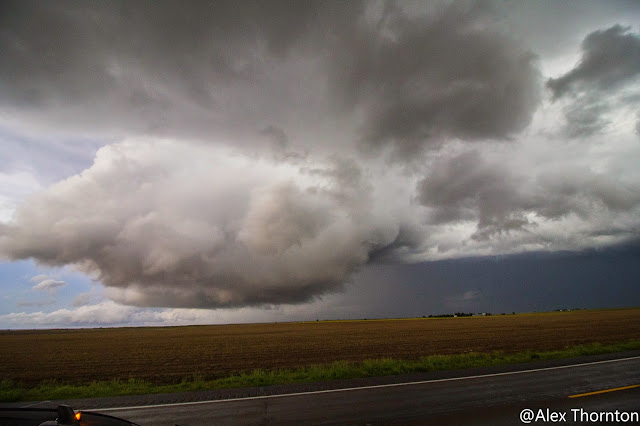 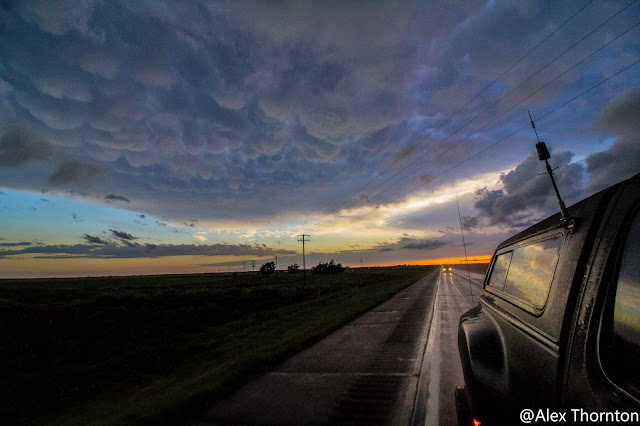 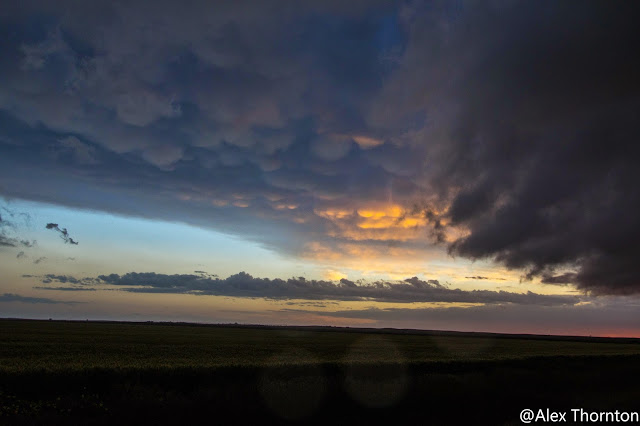 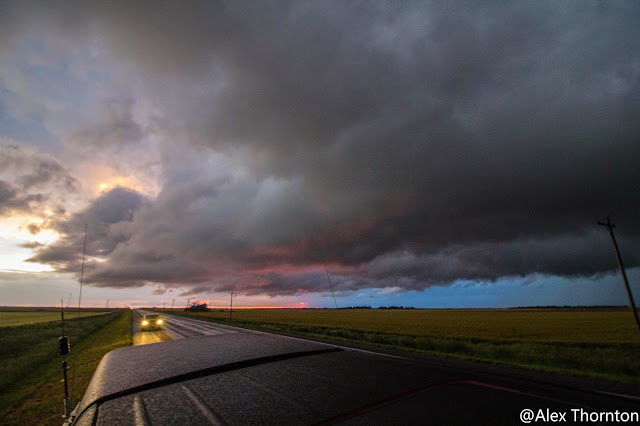 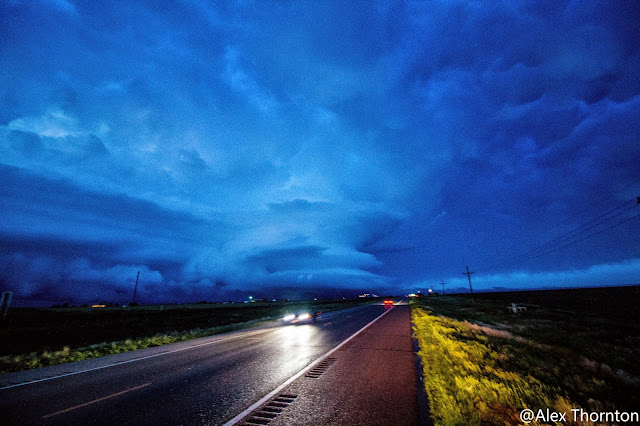 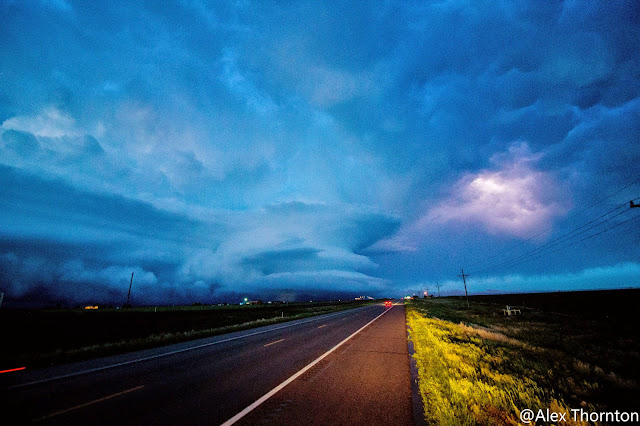 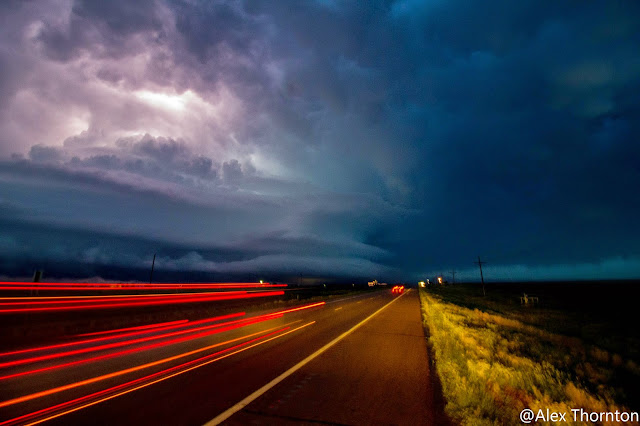 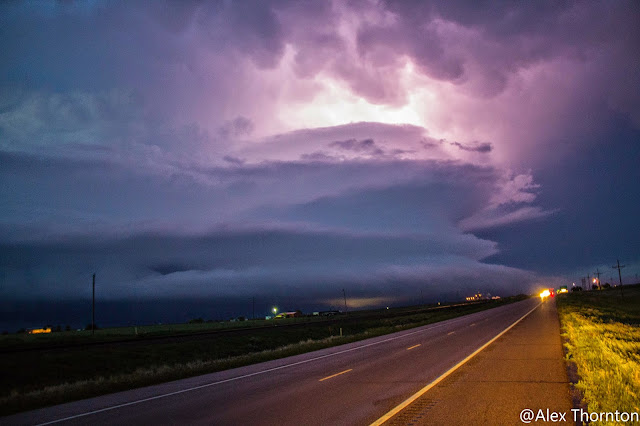 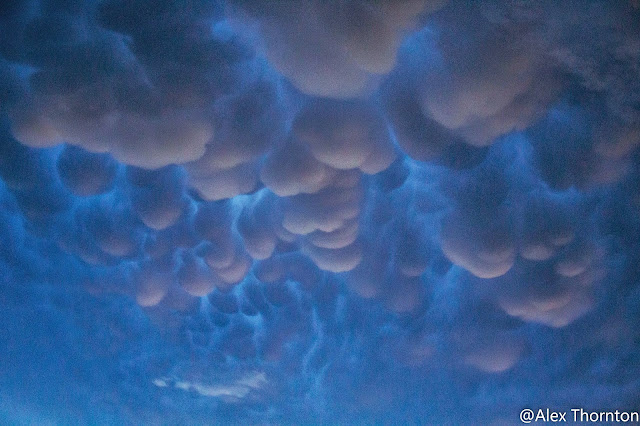 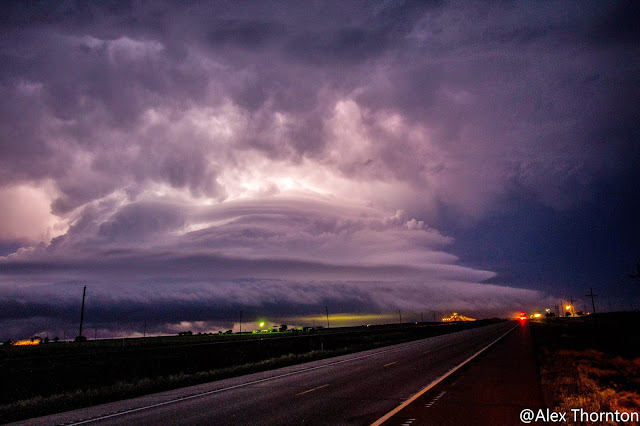 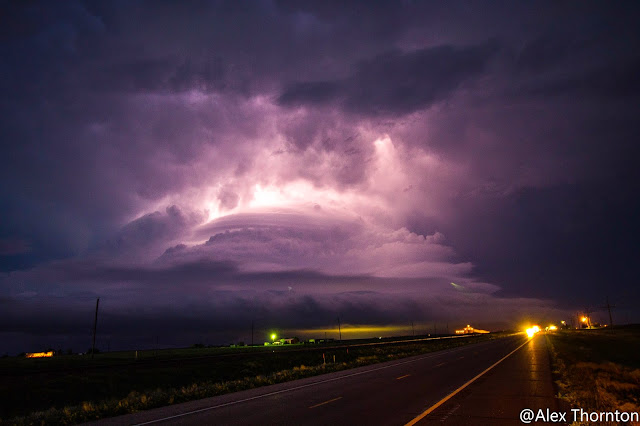 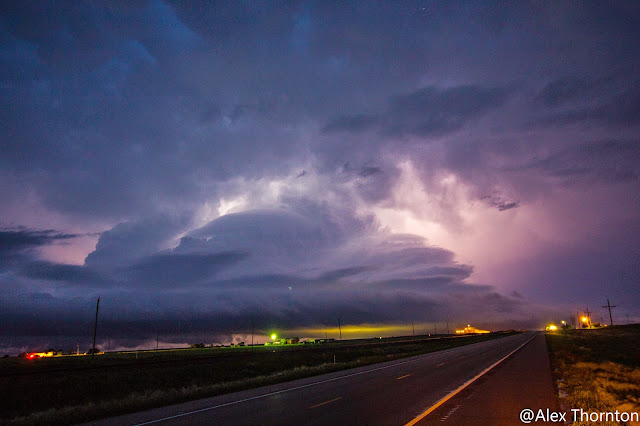 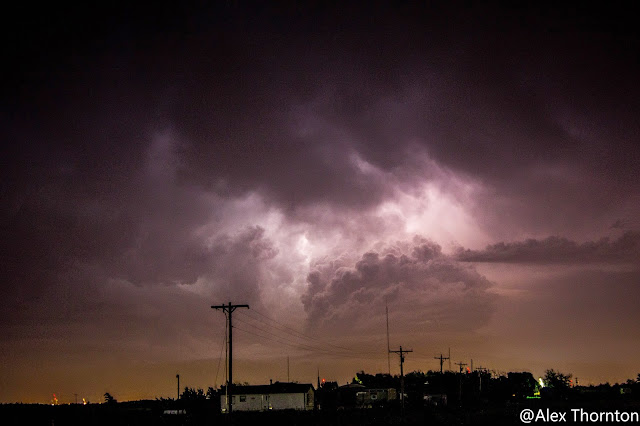 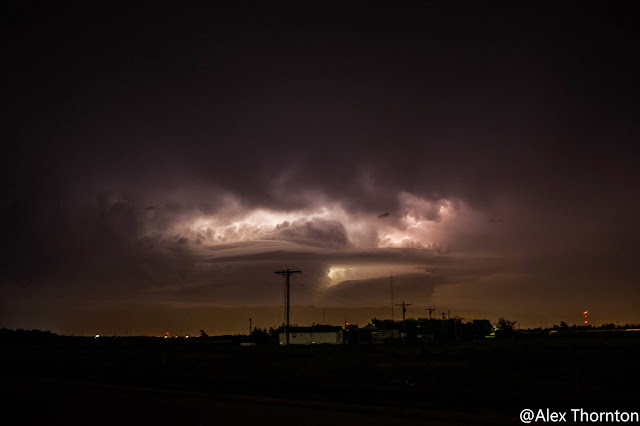 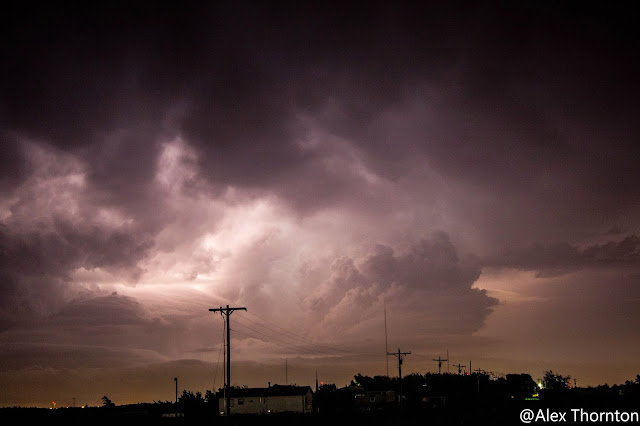